Hyena on the Keyboard

Hyena on the Keyboard is a music reality television show whereby the processes of song production from various producers/singer-songwriters will be shown. The completed songs will then be released as digital singles on various online music sites. The show also has a side corner where rookie singer-songwriters are introduced; their self-produced songs will also be released on various online music sites. 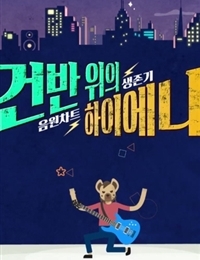