The show features celebrities divided into 2 groups and working on finding the secret X-Man, whose main mission is to disrupt the teamwork of his team and keep his identity hidden. The winning team wins 1 million won. The teams compete in different missions. The most popular are balloon/Couple Quiz, Chicken fight Of course. The individual segment of X-Man usually consists of 4 episode during witch the teams have 2 chances to expose the X-Man. At the end of second and fourth episodes, the celebrities vote on who the X-Man in the teams is. The money from the show is given to charity. Add Synopsis In Span 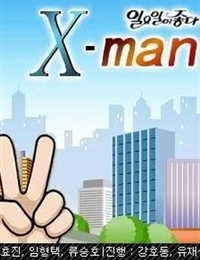