Other name: Trick And True

The show displayed four acts, performed by either a magician or a KAIST scientist, and it was the guests' job to figure out where the act was purely a magic trick or based on flawed scientific theory or an actual scientific phenomenon. After each answer, the opponent could choose to attempt to modify the act to make it a magic trick or more scientific based on the act. 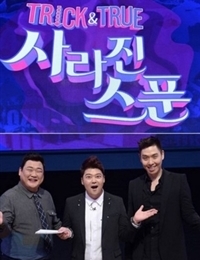