Show Me The Money: Season 4

The format of each season varies, but generally consists of contestants going head to head in a series of challenges until only one rapper remains. The show includes a mixture of rookie and experienced rappers, with the experienced rappers typically serving as "producers," a role that includes being both mentors and judges. Mnet's fourth season of SMTM features YG judges Jinusean and Tablo, San E and Verbal Jint from Brand New Music, AOMG judges Jay Park and Loco (first season winner came back as a producer), and judges Zico of Block B and Paloalto (Hi-Lite Records). No contestants auditioned this year with more idol rappers, most notably, Song Min-ho of Winner, and veterans such as Black Nut and P-Type. Many of the contestants from Season 3 came back as well. 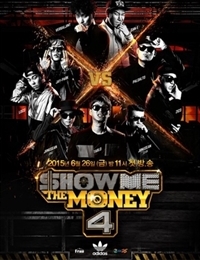