Show Me The Money: Season 3

The format of each season varies but generally consists of contestants going head to head in a series of challenges until only one rapper remains. The show includes a mixture of rookie and experienced rappers, with the experienced rappers typically serving as "producers," a role that includes being both mentors and judges. The third season of SMTM saw a number of prominent Korean hip-hop figures' participation. The producers split themselves loosely along the lines of larger Korean hip-hop labels, leading to Tablo and Masta Wu representing "Team YG," Dok2 and The Quiett representing "Team Illionaire," Swings and San E representing "Team Brand New Music," and "Team YDG". 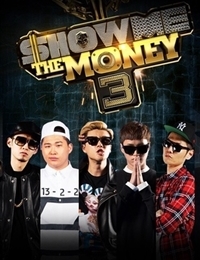