A new season of Roommate was announced following the departure of several members. This season's concept is Home share, Whole share, where the members not only live together but learn and share from each other. The new cast will consist of the remaining five roommates and seven new roommates. The new members feature a broad spectrum of the celebrities ranging from veteran stars to foreigners to rookie stars. 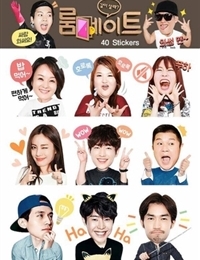