On Mix Nine, YG Entertainment’s Yang Hyun Suk will visit management agencies across Korea to look for idol wannabes with potential and help them become a star. 400 trainees will be on the show, and for the final stage of the competition, nine male and nine female trainees will get to compete. They will be competing against each other as a boy group and a girl group, and the winning team will win the name of “Mix Nine”. Unlike most idol survival programs which makes the contestants compete from the very first episode, Mix Nine will start with the stage in which the staff picks the contestants. The first half of the show will be “Enter Tour Step” and the second half “Competition Step”. 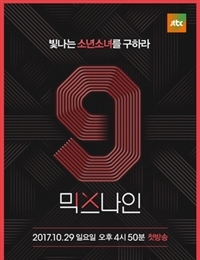