The sixth and final season of the South Korean reality television competition show K-pop Star, also branded as K-pop Star 6: The Last Chance. Changes to the format have been made to the final season, with restrictions lifted for potential contestants to encourage anyone to participate in "the last chance" to become a K-pop Star. Existing trainees of companies as well as singers who have already debuted are allowed to participate. The winner of the final season will not choose which company to debut with, but instead will be jointly debuted and promoted by all three companies (YG, JYP, Antenna). 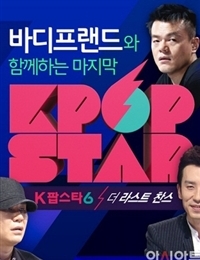