K-POP Star Hunt was a regional competition that captured the popularity of Korean popular music (K-Pop) in Asia, and gave the Asian viewers a once in a lifetime opportunity to become a K-Pop star. K-pop Star Hunt was organized by CJ E&M and Fox International. The show was broadcast in southeast Asia by the main channel, Channel M (previously known as tvN Asia) and also other channels such as Star World Asia, Channel and Mnet in South Korea K-pop Star Hunt Seasons 1 and 2 has worked with Cube Entertainment in searching for the next K-pop star. FNC Entertainment took over as the star hunter in Season 3. 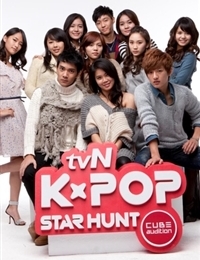