The first season of the show involved Korean entertainers meeting weekly to work and learn about farming in a Yuchi-ri village in Hongcheon-gun, Gangwon Province in South Korea. This involved both agricultural work, interacting with members of an aging rural community, and competing in challenges involving agrarian or domestic tasks. As the show's popularity grew, the cast and crew began work to make their filming location a sustainable site for agritourism, enter produce in food competition, and promote environmentally conscious farming. Some of the products were sold within the local community, to the general public, or distributed as gifts. 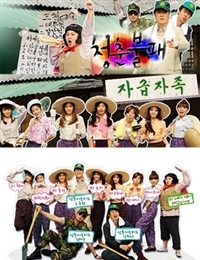