Hello CIX is a reality show premiering on VLive which stars the members of the boy group CIX under C9 entertainment ahead of their debut later this year. The show will be a natural portrayal across 10 episodes of the group’s various charms and their road to debut. The episodes will feature various events in which fans are encouraged to participate, creating a new type of reality show that engages fans to a new level. 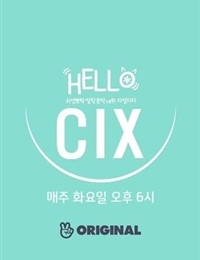