In each episode, 3-4 Korean singers will compete with each other in order to find and be the "Fantastic Duo". Through the singing application "everySing", 5-10 runner ups from ordinary people were selected and from there, 3 contestants were selected and will appear in the show. The contestants later compete with each other in "1:3 Random Competition" (details below), where the singers would choose one of the 3 contestants to be his/her "Fantastic Duo". Later a final performance will be conducted, and the duo which received the highest votes out of 300 audiences will be crowned as the winner. The winning duo will earn $10,000 (Ten thousand dollars) for every win, with a maximum of five wins. 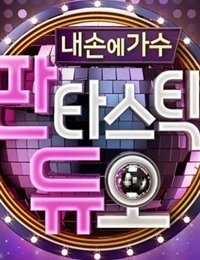